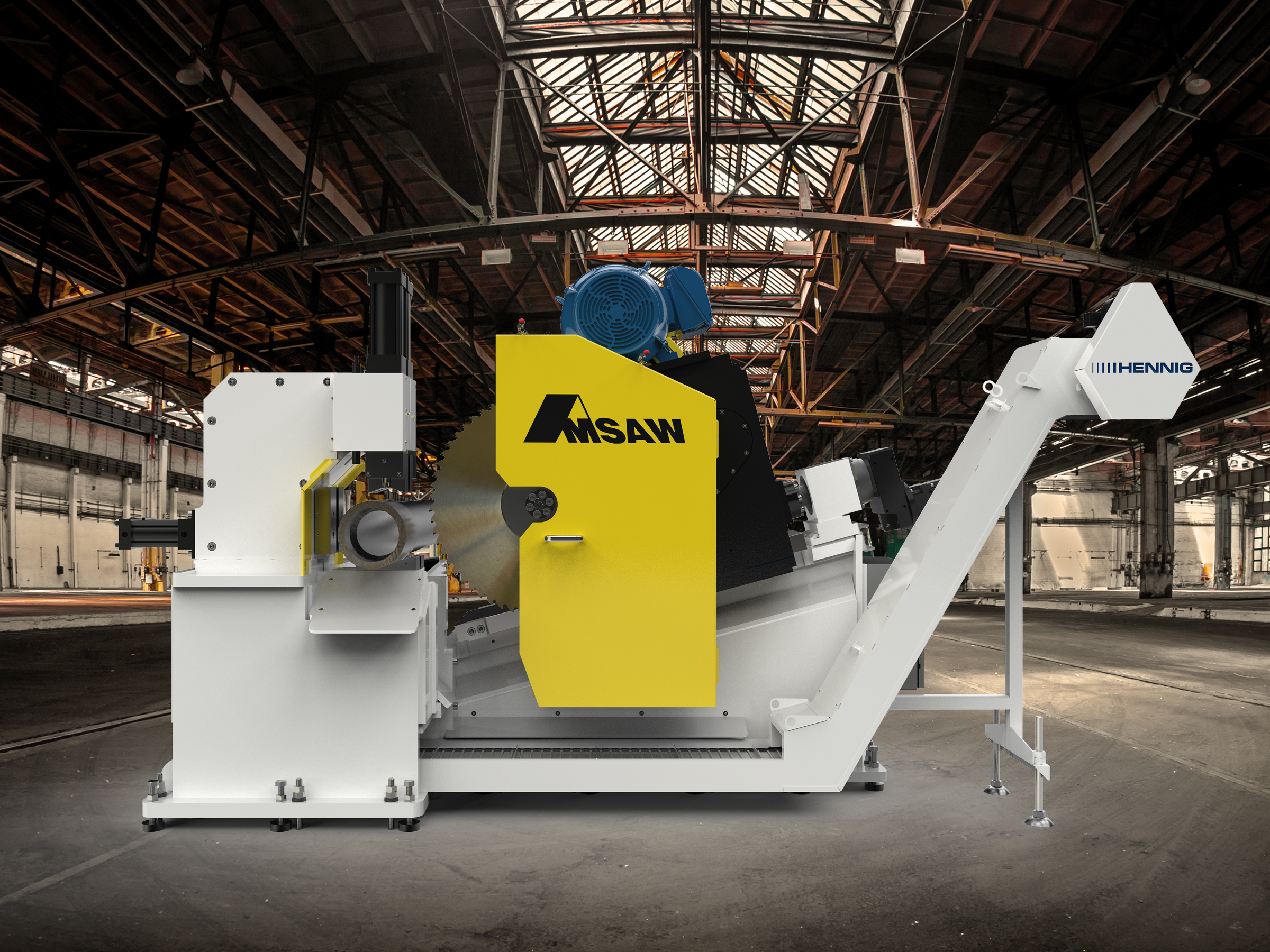 Some models are less expensive because of their simple design. Heavier machines tend to perform better, but come at a higher cost. To select the best carbide saw for your application, you need to consider the features and design elements of each.

If it’s possible to design a machine with equal or greater rigidity at a lower initial cost, while also building in greater simplicity that lowers the maintenance effort, the cost per cut over the life of the saw can be reduced. At this point, science makes a difference.

Finite Element Analysis (FEA) is a technological advancement in machine design that allows the stiffness of a structure to be measured and adjusted. Rather than increasing machine mass, greater rigidity can be designed into the saw by properly arranging ribs and supports in critical areas within the machine structure. This technique reduces machine weight without sacrificing stiffness, while simultaneously decreasing cost. Therefore, it is a key factor to combine experience with proper engineering, advanced software and test instruments.

The original structure of carbide saws were slide-types. Today they are available in horizontal, inclined, and vertical configurations. Pivot saws were developed later. Slide-type saws require more components than pivot saws, which can increase their overall price point.

Independent of the methods, all slide-type saws need at least a four- or six-point automatic lubrication system to guarantee a long, trouble-free service life of the sliding components. That means the users must factor in the following when calculating the total cost per cut:

Vertical saws are used for cutting multiple tubes or billets in layers. In a sense, this model is a horizontal slide saw with the slide turned in a vertical position.

Vertical slide saws are the most rigid, but also more expensive  because their vertical arrangement is taller and more unstable. To make it more stable requires a  heavier and more massive base.

The vertical orientation of the structure also makes it more difficult to assemble, which increases the machine costs.

In addition, the chips are disposed in a horizontal direction, which makes them harder to contain and collect. requiring more expensive guarding than horizontal machines that eject chips directly onto the chip conveyor. 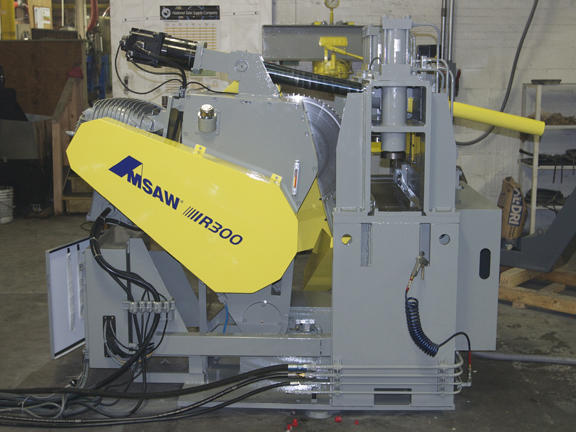 Modern pivot saws (See Figures 4 and 5) are the least expensive because they use fewer and simpler parts, require less maintenance, and need a smaller footprint. They also have greater stiffness, because the pivot is mounted on the lower fixture base close to the floor plate so that the ground absorbs more vibration.

The slow-turning, heavy-duty, preloaded taper roller bearings of the pivot structure are sealed in a housing and lubricated for life, minimizing maintenance requirements.

Pivot saws can be designed with a closed-loop force arrangement, which cuts the compliance of the feed mechanism nearly in half, because the cutting action is halfway between the ball screw nut and the pivot point. These saws also take up less floor space, allowing more efficient use of the facility.

You also want to consider the materials being processed aside from the saw design and maintenance factors because exotic materials are challenging to cut.

A poorly designed slide saw can fail, while a well-designed pivot saw may shine. Carefully evaluate the saw you choose, test cut, and pick a well-designed and cost-efficient model.