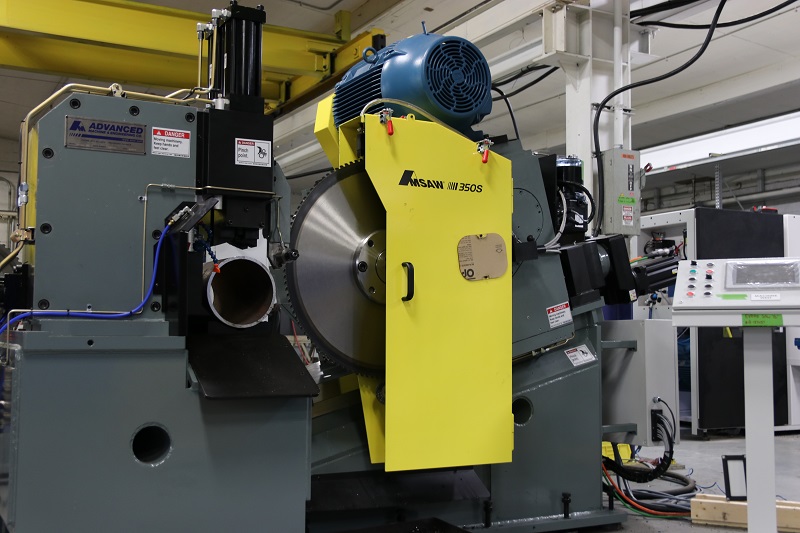 At the beginning of 1960, I had the opportunity to work for Ingersoll Milling Company, one of the more successful machine tool companies during that time period. I worked in the sales project department named “Advanced Engineering” (the same name I had chosen for my own company that I started in 1966).

Our task was to come up with proposals for special heavy machine tools for heavy manufacturing. Our team was made up of six engineers. Three of us were immigrants from Germany, which included our boss, Walt Lewis, who came from Berlin.

Fred Kampmayer, Vice President of Engineering at the time, lectured us one day on how to design machines: “The machine must be heavy and never break! – only the tool.” Another one of his statements was: “If you think 1.0-inch steel plates are sufficient, make it 2.0 inches.”

With this philosophy, Ingersoll machines rarely broke, even if inexperienced and sloppy operators ran the tool in rapid forward speed into the cut.

On automotive transfer lines, when the operators had lunch breaks, the machines kept running. For the motor block cylinder bores, there were normally three stations: Rough, semi-finish, and finish boring. The rough boring cutting edges often broke. The semi-finish boring tools would then have to take the extra load, which caused them to break. This forced the finish boring tool to do all of the work. This caused the boring spindles to run hot and destroy the bearings. The boring head then had to be rebuilt -- a task which took several days while the transfer line stopped.

Ingersoll Engineering developed “Burn out Adapters” that prevented the gear boxes from getting destroyed, and the transfer lines stopped only for a few hours. That was in the 1960s, when Detroit worked with “Batch Production Methods” and had large inventories. The U.S. automotive companies were eventually killed by Japanese car manufacturers in the 1980s.

The same happened to the American machine tool companies. Japanese and European companies started integrating lean manufacturing methods, and designed lighter products that maintained stiffness. Rockford, Illinois, once the most prominent machine tool town of the U.S. (with over 30 machine tool firms) was decimated to less than five.

The general manufacturing shops could not afford to buy heavy, over-designed machine tools anymore and switched to Asian or European models. The trend in the later 1980s “Buy American” did not help enough to appeal to “National Pride” and the price dominated purchasing.

Lighter machines sold in higher quantities even though their tool life was shorter. In the saw business: the customer wants to cut steel without worrying about with what method. As long as the machine is rigid enough to avoid breakage, the price is reasonable, and the production cost (tool life) acceptable, the lighter standard saws will dominate in quantities compared to heavier vertical or horizontal saws.