In the last issue you could find an article about basic chip formation and how it affects circular carbide saws. This article sheds light on some other chip related topics with saws.

Depending on the chip shape there is usually a distinct ratio between the volume of the solid material and the volume of the chips. The volume flow as a function of this ratio as well as the cross-section have a huge impact on the required chip conveyor. When cutting thin walled tubing with one way blades or cutting structural steel with band saws an auger conveyor might do the job whereas cutting solid material with conventional blades requires a rigid 2.5in hinged belt conveyor due to the high volume chip flow.

Some kinds of vibration can be seen on the chip. A telltale sign is if the inside looks like the pattern shown below.  A possibility is that torsional resonance occurs. Changing the speed can help reduce the resonance.

When sawing or machining in general, most of the power required for material removal is transformed into heat. There are four main options where the heat can go: into the workpiece, into the tool, into the chip or into the surrounding environment. Typically with circular carbide sawing no flood cooling is used and the air doesn’t help a lot. Only the first 3 make sense. Generally most of the heat will be conducted into the chip. Despite that, the highest absolute temperature still occurs on the cutting edge. Hard coating helps. One advantage of coatings is the higher temperature resistance due to the nature of the ceramic structure of nitride such as TiN. The temperature on the cutting edge is directly related to the cutting speed and will follow it in a parabola fashion. This is for example one critical issue with machining titanium. Since its thermal conductivity is really low the heat won’t be transported via the chip causing excessive thermal load on the cutting edge. 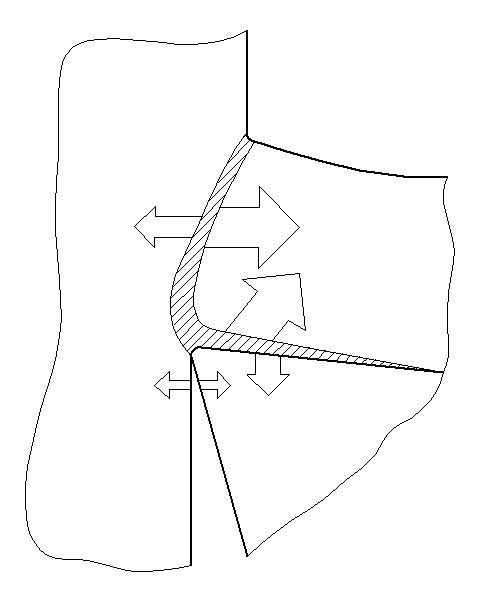 The color of the chip is also a good indicator for the process. When heat is applied to a metal it will change the surface coloration and texture due to oxidation. The thickness of the oxide layer where oxygen atoms can diffuse into the material is a function of the temperature. The human eye can see a change of color by interference of waves on the surface. Color change is used in the annealing process as well.

The color of the steel chips can vary depending on parameters such as cutting speed, heat conductivity and the properties of the steel being cut including carbon content and alloys present. With carbon steel higher cuttings speeds might turn it blue whereas other high alloyed steel which required lower speed the color is more reddish. This can also be seen very well with stainless steel. The cutting conditions for stainless steel are different, it has a lower thermal conductivity, due to the corrosion resistance, it has less affinity to build oxides and requires a lower cutting speed. This results in a straw looking color.

When cutting with circular carbide saws one will typically use a Minimal Quantity Lubrication system. Besides other affects it will help to reduce the friction between the chip and the tooth to reduce the chip thickness of the cut chip and reduces the required cutting force accordingly. Despite the fact that specific heat capacity of a water based emulsion is about 2X that of oil based lubricants and heat conductivity is about 5X, the oil based lubricant reduces heat and provides better cutting conditions resulting in longer tool life. 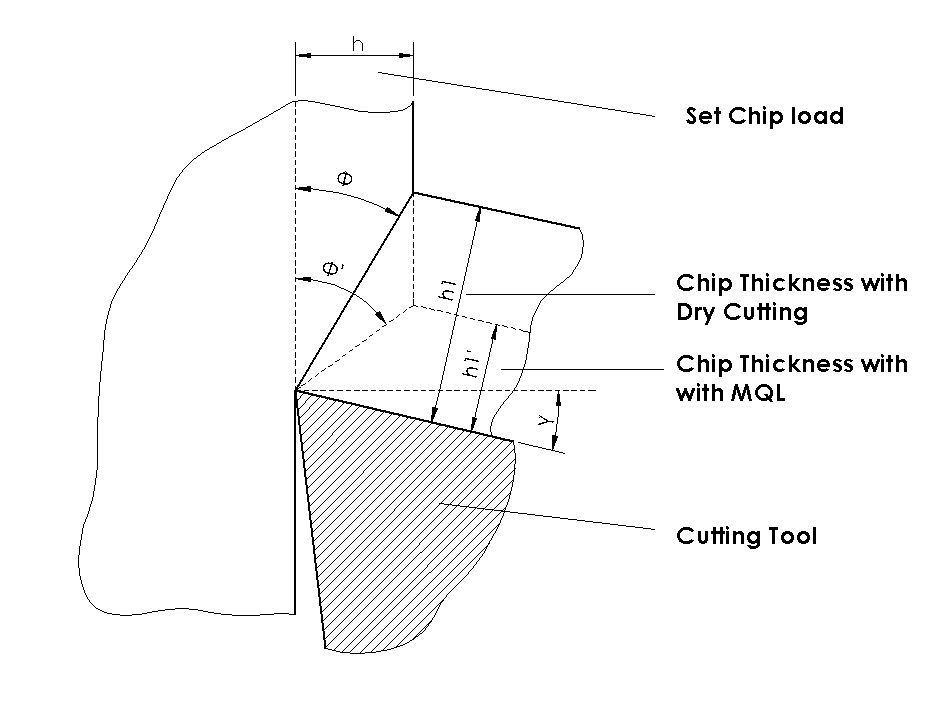