Running a rail-based modular clamping system has its proven advantages—flexibility for efficient and lean changeovers between machining operations and minimal adjustments in the removal of parts or clamping components are only two of the many advantages that come to mind. These modular systems are quickly becoming more popular as they serve a growing number of modern machinists’ toolkits, bringing more shops across the globe a simpler and more streamlined and efficient setup.

A simplified approach to integrating a modular clamping system includes simply mounting a serrated base rail on your tombstone, machine table, or base plate; and installing a variety of different clamping modules that accommodate your workpiece or a mix of parts in your machining cycle.

This is a great way to start the journey, but what if you could make the same rail concept “three-dimensional” to increase the number of surfaces available to mount to? In this article, we will be focusing on two alternatives that present a four-sided base attached to a rotary table—more machined parts-per-operation with support for a 4th-axis workholding setup.

A Triag International Monobloc attached to a Koma Precision rotary table provides an improved part capacity for each operation, offering four surfaces for clamping and other workholding modules rather than a single surface.

In the video above, the idea presented is to work with a specific kind of 4th axis fixture in the form of a cube-shaped base, made by Triag International, called a Monobloc. The Monobloc is designed as a cube-shaped base, sometimes referred to as a horizontal tombstone, but has precision serrations machined directly into each side of the cube saving both real estate and money. 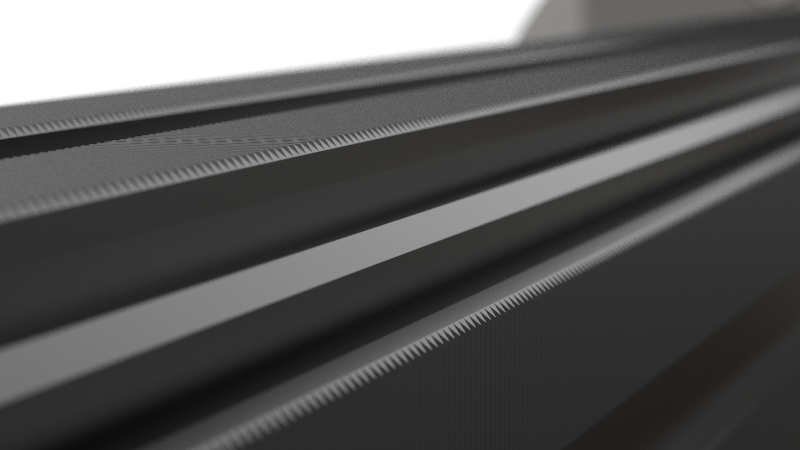 The Triag Monobloc has the rails machined directly into the cube-shaped base, making it a low-profile solution for a 4th-axis workholding solution.

When the Monobloc is mounted directly to a rotary table, this solution provides an extremely flexible 4th-axis workholding solution—this solution also offers better tool clearance due to the lower profile, rather than mounting four base rails to each face of a cube trunnion. A known disadvantage to this approach is that it confines the user to a complete commitment to the Triag modular system, including its compatible components, which can be a large up-front investment. Triag offers an incredibly wide variety of modules that can accommodate the clamping of virtually any workpiece shape. 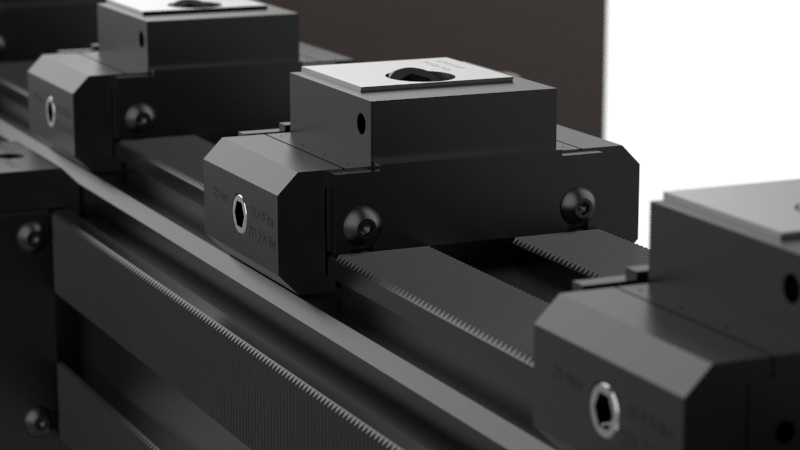 A secondary option would be to work with a more traditional trunnion cube with precision locating holes, and mount the standard base rails to each of the four sides—both of which the Triag modular workholding system can accommodate. An advantage this option presents over the Monobloc is that the rails can be removed from the trunnion cube—this opens the opportunity for the rails to be used on your horizontal machining center (HMC) tombstones or your vertical machining center (VMC) grid plates. A disadvantage, however, does include the higher cost associated with purchasing the rails separately, rather than committing to a single Monobloc.

The clamping possibilities within the workholding industry are virtually limitless. Workholding systems like the Triag powerCLAMP system are definitely a commitment, however, a well-designed system such as this one can revolutionize the way you work—as well as the time it takes to change over from job to job.

Let us know what you think in the comments below and feel free to reach out to our workholding experts with any questions.