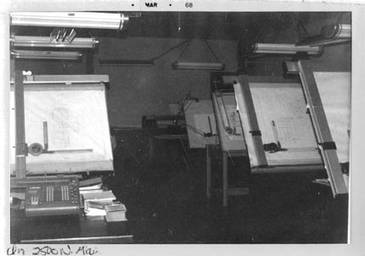 Advanced Machine & Engineering® (AME) was founded in 1966 out of Rockford, Illinois by Willy Goellner—a man of drive and determination who immigrated to America from Germany in 1958. Originally known as Advanced Engineering Co., AME offered design, engineering, and consulting to industries including machine tool, assembly, and packaging out of a small 1,000 square foot office space in Loves Park, Illinois. Relocating to Rockford, Illinois in 1968 expanded the AME footprint to 33,371 square feet, which included a new R&D facility. Shortly thereafter, in 1970, the company was incorporated to increase efficiency in service and guarantee future growth.

In 1977, AME partnered with Hennig, Inc. (Germany), the leading manufacturer of machine tool protection, chip conveyors, and coolant filtration systems because of a relationship that developed through AME’s distribution of Hennig products for several years.

In 1980, Goellner partnered with Martha Roper from Advanced Boring, Inc. (United States) to handle large boring and milling sub-contract work. By 1984, AME incorporated Advanced Boring, and in the next year built its own facility at its current location in Rockford, Illinois.

In 1999, AME acquired Hennig, Inc. (USA), the leading manufacturer of machine tool protection, chip conveyors, and coolant filtration systems. In 2000, Goellner, Inc. was founded to act as a holding company for both Hennig, Inc. and AME. By July of 2000, Goellner Inc. proudly announced its global expansion through the acquisition of Hennig GmbH (Germany).

History has shown the effects of a manufacturing industry in decline. A lack of STEM (Science, Technology, Engineering, and Math) skills among workers and a gradual decline of technical education programs in public high schools and community colleges in the USA, combined with the negative stereotypes surrounding the industry has created a shortage of skilled and knowledgeable workers required to run a successful manufacturing facility.

We are not immune to these challenges. Our mission is to support the American manufacturing industry by providing the necessary resources, training, and support through services like our robust apprenticeship and community outreach programs. These services will continue to provide the same successful and rewarding American dream our founders were blessed to experience over 50 years ago. When you work with AME, you’re joining the movement for American manufacturing—strengthening local and national economies while creating careers and building futures for the individuals that make our industry possible.

Join us on Social Media: